Colour vision is a secondary property of objects of perception, which means that if there is no viewer there is no colour. Psychological experiments show that our perception of any one ‘pixel’ within an extended optical image is shaped by a ‘spatial gestalt’ that integrates the spectral composition of surrounding pixels rather then representing each pixel independently. It is also shaped by a ‘temporal gestalt’ that integrates stimulus changes over time, including hue, saturation, and brightness. More interestingly it is also shaped by a ‘logical gestalt’ that constrains the perception of each pixel in an extended image to within a predicted range of colours that are coherent with what we determine reality should look like. One example of this is one of Edward Land’s retinex experiments in which he illuminated a fruit bowl with a set of spectrally differentiated spotlights so that the actual reflectance of the surface of each piece of fruit differed from what an observer would assume under uniform white light. Illuminants were chosen to produce a green reflectance from a pineapple, a red reflectance from an orange citrus fruit, and other anomalies. When the fruit bowl was presented as a unified object the observer typically reported a perception of the pineapple as golden yellow and the orange citrus as orange skinned, and so on. Another good example is Adelson’s checkerboard shadow  illusion (https://en.wikipedia.org/wiki/Checker_shadow_illusion). These psychological observations are strong evidence that colour perceptions arise from top down processes, or mental constructs. The metaphysical name for such processes is ‘idealism,’ which is a term of craft in philosophy.

Common language references to colour, such as ‘the grass is green,’ are linguistic constructs that implicitly on correspondence with reality in order to enable truthful reference.  This a priori assumption is called naive realism, and to deny it is to render communication inefficient, but  scientific enquiry and logical discourse frequently find it necessary to deny it, since it is often demonstrably false.

Sometimes a common language reference is appropriated by a discipline and redefined as a term of craft, a process that refines linguistic reference so as to cohere more closely with informed beliefs. In the 19th century Thomas Young, James Clerk Maxwell, and Hermann von Helmholz all contributed to a physiologically advanced theory of colour perception called trichromacy. This theory challenged the naive assumption of colour realism, or the determination of colour perception by inherent object properties outside the observer, by insisting that three subconscious processing streams inside the observer contribute to colour perceptions. Linguistic reference to colour therefore became somewhat like a term of craft in that it denoted a more metaphysically nuanced idea than naive realism.  In order to cohere with physiological facts the metaphysical status of colour perceptions was updated from realism to ‘physicalism,’ which is the view that colour is the end result of an unbroken chain of bottom up processes, even if those processes are physiologically complex and vary from one observer to another.

‘Colour’ is a fascinating and paradoxical phenomenon, but as a term of reference it is polysemic. Bottom up processes enable simultaneous contrast, hue matching, and categorical distinctions, but that bottom up process will only reach consciousness unaltered if the executive demand for logical consistency within objects of consciousness permits it. The cultural context of colour naming was pioneered by Berlin and Kay, and anthropological comparisons between populations reinforce the way that consciousness shapes the possibilities for colour. Colour theory can be understood from a variety of perspectives – semiotics, aesthetics, psychology, physiology, physics, engineering, and art – to name the most obvious. Since practitioners in the various disciplines sometimes mean different things by ‘colour’ those who approach the subject from a medical perspective need to be rather careful how they express their opinions, since given our limited linguistic resources, universally true statements are not even possible.

How To Use The Ishihara Test

Amblyopia involves functional suppression of the parvocellular signal at the lateral geniculate nucleus but the koniocellular signal, as measured by the C test, is preserved. The article below describes the use of the C test in amblyopia

The button below will download a pdf copy of an essay entitled “The history and physiology of human tritan perception.” This discussed the evolution of human colour vision in a narrative style that non scientists may find accessible.

The button below will open a you tube video link to the 2021 Perth Eye Foundation lecture. In this talk I attempt to clarify some metaphysical confusion, briefly discuss the evolution of human colour vision, and provide arguments in favour for B/Y instead of R/G colour testing in acquired visual disorders. 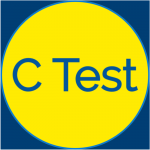 Clinical colour testing for tritan contrast is important in any acquired colour vision disorder. Of the tritan contrast plates presently available only the C Test isolates the koniocellular signal from the parvocellular signal sufficiently to provide a dominantly tritan response. It also provides an ordinal score, which is useful in monitoring acquired colour vision defects. To learn more about the C Test or download a pdf visit the C Test page on this website via the menu link above.